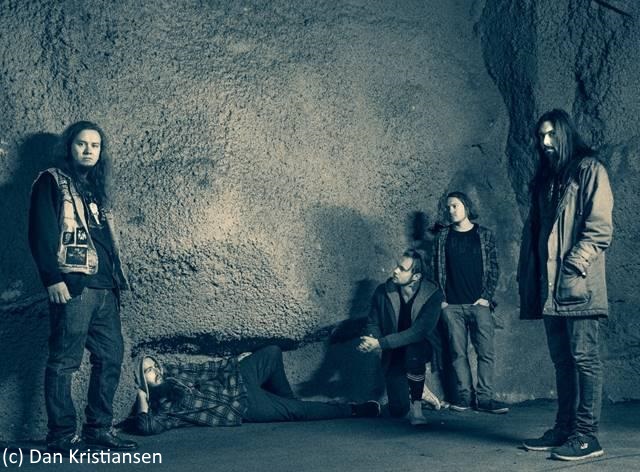 “We Lie Awake” is the second single off their upcoming EP titled Spirals, due June 1st! Coming from the southern coast of Norway, Underwing creates distinct sound and a unique expression by molding together inspiration from genres such as prog, stoner and grunge.

If Black Sabbath and Alice in Chains had a child who was adopted by Tool, growing up in a neighborhood of Soundgarden and Motorpsycho, the result would be – Underwing.

The band’s first and critically acclaimed EP, Kaela Upsweep, was released in May 2017, and has received both national and international praise. According to Norway Rock, Underwing debut was created with „authoritarian, ‚devil-may-care‘ attitude”, while Scream Magazine described it as “an exciting debut!”.

Underwing have also established themselves within the Norwegian music scene through fantastic live performances and heavy gigging– more than 60 concerts within two years!

With more than 300.000 streamings for their debut singles on Spotify, Underwing are the most streamed progressive grunge debut band in Norway!

Through Spirals, Underwing are telling the story of how one comes across the same challenges and experiences repeatedly. «Life can be seen as a spiral where you’re constantly widening your perspectives, and changing your behavioral patterns based on what you learn», says frontman Enyeto Kotori.

The band has caused great rumblings along the southern coast of Norway since their critically acclaimed debut EP, and with Spirals EP, the band kicks-off a completely new chapter in their career and is ready to reach new heights in 2019!

Spirals EP will be supported by a tour stretching from June to August and will take the band to several new locations all over Norway.

Spirals will be released both digitally and on vinyl. The vinyl printing is limited to 100 copies, numbered in blood, and released via Pinecone Records.