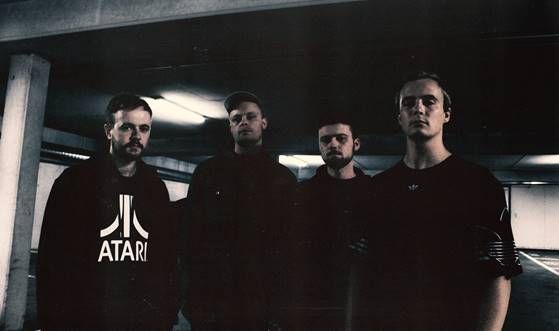 Atena to release their new album on January 24th

Atena have pushed through to become one of the most noteworthy metalcore acts from Norway as well as proving there’s more than black metal that roams in the country by extensive touring through Europe.  With a deep inspiration from hip hop, classical composers and love for heavy music the band entwine these elements together with lyrics of darker episodes that occur through life.

Listen to already released singles from the upcoming album here:

Domestic Abuse feat. Damien | Death Is All I Think About | Born Rotten

Their dark and experimental metal core has given Atena a unique stand in the Norwegian metal scene. The band have over the years build up a solid and engaging fanbase with over 1 million streams and over 15.000 monthly listeners in Spotify alone. Previous efforts have resulted in playlist inclusions, radio playlisting and good coverage in media, with Metal Hammer UK writing that “Atena’s willingness to push boundaries needs to be applauded” while one of Norway’s biggest newspapers Dagbladet praised them for being “something semi-exotic in the Norwegian metal flora.”.

Festival appearances include Summer Breeze, Inferno, Mass Destruction and by:Larm. Over the years, Atena have toured and shared stages with bands like Atreyu, Amaranthe, Dead By April, Emmure, 1349, Borknagar & Mayhem.