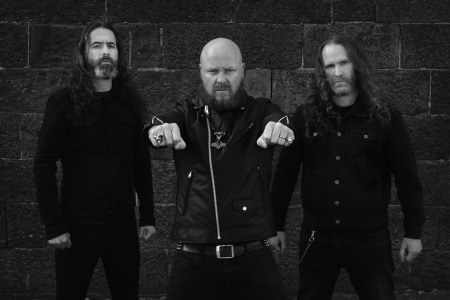 KING return to the front after three years with their sophomore album “Coldest Of Cold”. Battle hardened and steeled for the next campaign, and once again Indie Recordings are proud to stand alongside KING to deliver this bellowing war-cry. This time there will be no mercy given and none expected. The melodic black metal trio from Australia is a force to be reckoned with. “Coldest of Cold” will be out on Nov 22nd!

Listen to the previously released singles here: Mountain Call | Beyond The Exosphere | Star 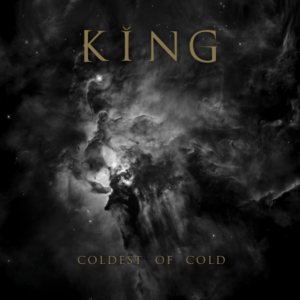 KING have spent the last two years painstakingly writing Coldest Of Cold with supreme focus and vision on forging black metal of the most monumental scale. As evidenced on their debut album Reclaim The Darkness, KING have a master’s grasp on creating music that evokes the scathing and pristine art of their forebears, such as Immortal and Satyricon. They inject it with even more triumphant melodic elements and dynamics, giving it an immense musical and emotional scope. Coldest Of Cold takes that initial statement of intent and expands on it. No less grandiose and magnificent. With this album, KING have looked into the heart of darkness and delivered a truly savage and callous piece of work, even more richly evocative and transportive. With a stronger drive toward gripping hooks and charging choruses, none of the subtlety and nuance has been sacrificed. The melodies and composition of these new songs are still carrying the beauty and awe of Reclaim The Darkness, but the emotional journey delves deeper into the bleak abyss while never forsaking the reverence of nature and the veneration of the spirit…