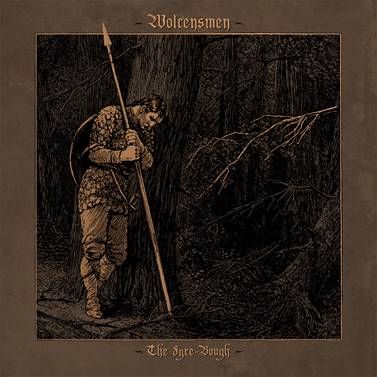 Wolcensmen, the project of Dan Capp from Winterfylleth, releases “The Fyre-Bough”, the third single off the upcoming reissue of the album Songs from the Fyrgen, to be released by Indie Recordings on November 30th! “The Fyre-Bough” is a renaissance-like journey through the past, whether you listen to the language used or to the instrumentation or harmonies. With acoustic guitars, coarse sound of a cello, soothing flutes and modal harmonies, The Fyre-Bough radiates a mystic glow.

„The Fyre-Bough has become one of Wolcensmen’s biggest and most iconic songs, and was composed quite effortlessly. The theme is that of how the natural and ’supernatural‘ weave into one another, and how respecting these eternal, hidden patterns is the path to contentment.